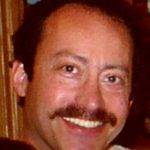 Transcript of: Evidence-Based Medicine: What is it? Why Should We Care?

Presented by Dr. Miller on November 2020   Watch the Webinar